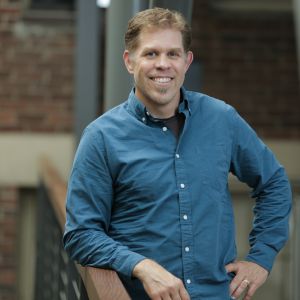 Christopher Minson has been performing research on human adaptations to environmental extremes, biomarkers of cardiovascular health, and autonomic-vascular regulation for over 20 years at the University of Oregon. He has consistently been funded through the National Institutes of Health, the American Heart Association, and numerous other funding groups.

The overarching goal of his work is to better understand the basic mechanisms of blood pressure and blood flow regulation, and to find novel ways to improve cardiovascular and metabolic health. He has a long-standing interest in the health benefits of environmental exposure including heat therapy as novel approaches for treatment of cardiovascular and metabolic diseases. Particular areas of interest for Dr. Minson include topics related to women’s health and aging. He is also interested in the physiology of athletic performance, and has worked with many professional sports teams, Olympic athletes, collegiate and age-group competitive athletes in the U.S. and around the world.

Dr. Minson graduated with a B.S. degree in Psychology from the University of Arizona in 1989. In 1993, he received his Master’s degree in Exercise Science from San Diego State University. He then went to The Pennsylvania State University where he graduated with a Ph.D. in Exercise Science. He subsequently trained as a post-doctoral fellow at the Mayo Clinic in Minnesota in the Department of Anesthesiology. He has received research awards from the American Physiological Society and the American College of Sports Medicine, Mentor Awards from the Medical Research Foundation of Oregon and the University of Oregon, and was a recipient of a University of Oregon Faculty Excellence Award.

Dr. Minson is Director of the Human Cardiovascular Control Lab and Co-Director of the Exercise and Environmental Physiology Labs. He is also a Founder of the Bowerman Sports Science Center, and serves on the Editorial Boards of the Journal of Applied Physiology, Medicine and Science in Sports and Exercise, and Temperatureº.