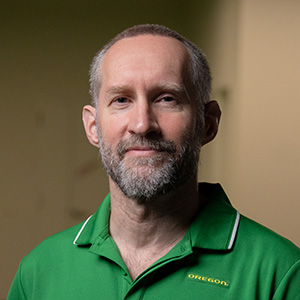 Throughout his career, Halliwill’s research has focused on identifying the hormonal, neural, or metabolic factors that are responsible for changes in the cardiovascular system during exposure to environmental and physical stresses. He has studied astronauts on the shuttle, helped elite and Olympic athletes prepare to compete in environmental extremes, and tested equipment for the US Marines. “We learn much more about the cardiovascular system when we challenge it. Just sitting around, we won’t know what it is capable of doing. Push it with a stress such as exercise or altitude, and we get to see how robust a system it is, we gain insight into what can go wrong, and we can catch a glimpse of what disease is all about. And as we say informally, but in all sincerity in the lab, ‘We’ve been stressing people since 2002’”

Halliwill graduated with a BS degree in zoology from The Ohio State University in 1991. In 1995, he received his doctorate in physiology from the Medical College of Virginia. He subsequently trained as a post-doctoral fellow at the Mayo Clinic and Foundation, until his appointment to the clinic’s staff as an assistant professor of anesthesiology in 1999. In 2002, Halliwill joined the University of Oregon’s Department of Human Physiology. His runs the Exercise & Environmental Physiology Lab, co-directs the Evonuk Environmental Physiology Core, and was a co-founder of the Bowerman Sports Science Clinic. He is currently serving as Head of the Department of Human Physiology.